Extended U4 line to Elbbrücken now in operation.

On Thursday, 6 December 2018, Hamburg’s First Mayor Peter Tschentscher (SPD) officially opened the 1.3 km extension of the U4 underground line from the HafenCity Universität station to the Elbbrücken station after a construction period that lasted five years. The Elbbrücken station is now the new terminus of the U4 line, which links HafenCity’s east to Hamburg’s rapid transit system. Together with the Elbbrücken suburban train station, still under construction, a transfer link is being created for passengers coming from or traveling in the direction of Hamburg’s south.

With its first tunnel section, the new segment borders in the east on the existing HafenCity Universität underground station. This first tunnel section, and the following sections, were built as rectangular-shaped tunnels employing the open diaphragm wall construction technique. Apart from the mainline tracks, this ca. 250 m section also contains a reversing and parking siding. The connecting double-track segment extends over a distance of ca. 710 m as a tunnel and then leads to the surface via a ca. 230 m long retained cut.

The Elbbrücken station is located aboveground: it features a ca. 16 m high curved steel-glass roof and a ca. 65 m long glass skywalk taking passengers to the neighboring suburban train station. The southern side of the station features an observation deck, enabling passengers to enjoy a panorama of the Elbe and the HafenCity skyline.

Over the course of the project, ZPP was tasked with the project planning and structural engineering design of the first tunnel section and client support, legal review of the execution documentation, and advising Hamburger Hochbahn AG on the entire segment including the Elbbrücken station. 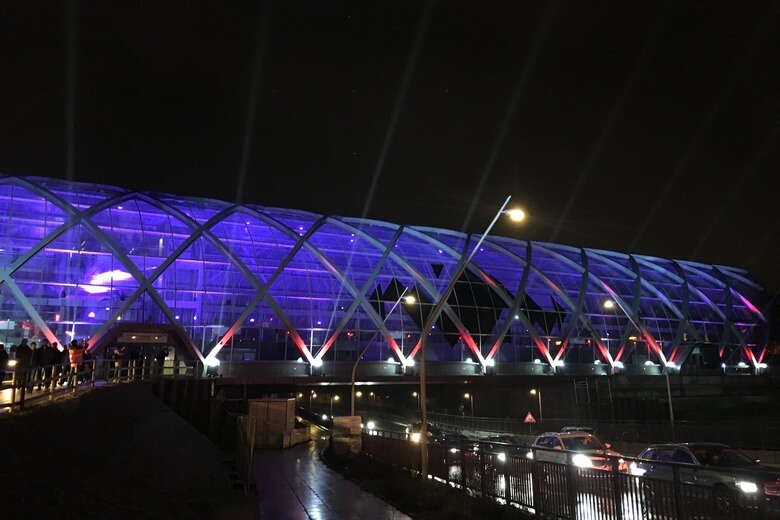 [Translate to Englisch:] Elbbrücken station: illumination celebrating the grand opening of the new U4 segment leading to Elbbrücken 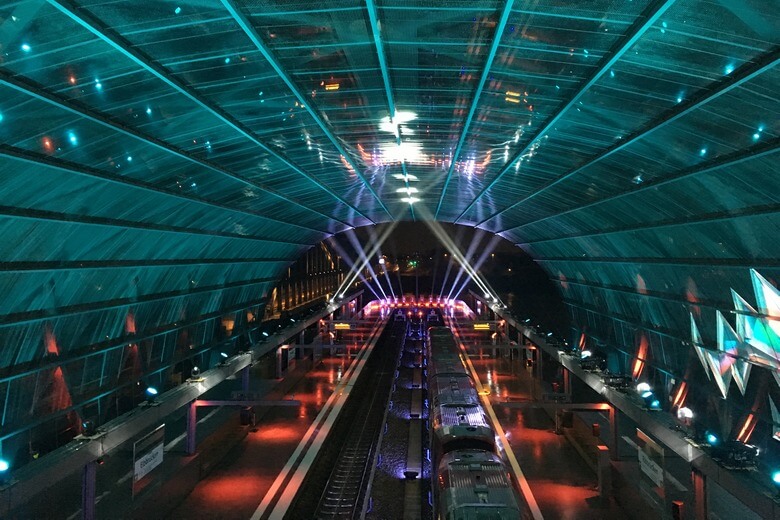