The French-German Research Institute of Saint-Louis (ISL) obtains ISO 9001:2015 certification for its quality management system for all activities

At an official ceremony held at ISL on Thursday, 14 October 2021, ISL received the certificate confirming that its quality management system conforms to the requirements of the standard ISO 9001: version 2015. The certification is valid for all ISL’s activities at both sites, in Saint-Louis and in Baldersheim, and was granted by the independent certifying body SOCOTEC Certification International after an initial audit started in July 2021 for a period of three years.

Receiving the ISO 9001:2015 certification is an important milestone for ISL. It ratifies the longterm practice of a quality culture well installed at ISL. In addition, it gives ISL further incentive to improve the quality of its processes on a continual basis. As an internationally recognised research institute, ISL anticipates on the future needs of its customers and partners.

The French-German Research Institute of Saint-Louis (ISL) is a binational research institute, jointly operated by the French Agency of Defence Innovation (AID) and the German Ministry of Defence.

Based on a multi-disciplinary approach, unique in Europe, ISL develops technologies in response to five scientific challenges and conducts front-line research from technical readiness levels (TRL) 1 to 6.

Composed of 60% researchers and engineers and around 40 PhD students, ISL’s scientific teams are equipped with state-of-the-art technology. They are active members of an extensive academic network. In direct contact with operational forces on the ground, they are recognised for their innovative experience upstream from industry and in co-development with it. 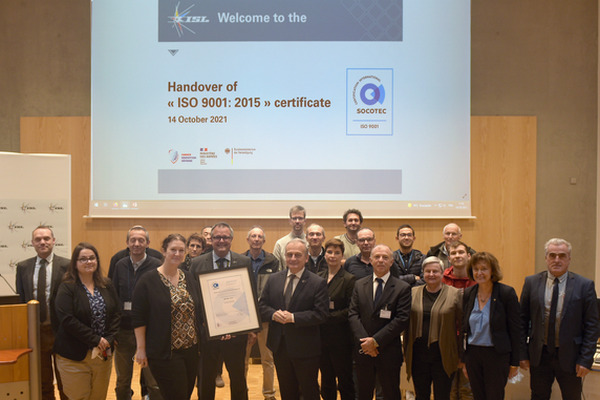